This blog documents the “life” of the steamship “Fürth”*, built in Germany in 1907 and then scrapped in 1933. This cargo vessel was given the name of my home town Fürth (Bavaria, Germany) and that is why I am researching it.

At first, the steamer was in the service of the German Australian Steam Ship Co. (G.A.S.S. Co), Hamburg, until 1914 and docked at harbours in Europe, the Cape Colony, Australia, South East Asia, British-India and Northern Africa. This is the reason why many sources exist in English and I’m hoping to get information from the Internet community to broaden my knowledge about the history of this vessel. In August 1914 the “Fürth” shared the destiny of many German ships seized by the Royal Navy; captured in the Indian Ocean she was brought as a prize to England the same year, leaving cargo and crew in Ceylon.

From 1915 onwards, the ship’s history became 100 % British and was one of the first vessels in the British Tanker Corporation (later BP), where she was renamed “Kerman”. In this time the vessel was managed by the Strick Line. The “Kerman”, ex-“Fürth”, travelled from London to Persia, British-India and other destinations.

But the ex-“Fürth” went through more changes: In 1920 she was sold to British-India, was renamed “Sultania”, and was used as a liner in the Persian Gulf. I found evidence that in 1925 she came back to Europe (Hamburg and London). The last owner of the (floating) vessel was a steamship company in Rangoon (Burma) before it was broken up in 1933. 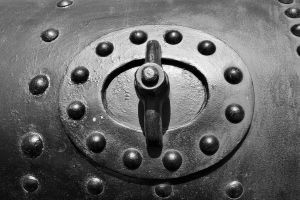 During her life this cargo vessel transported very different freight. This gives an insight into international trade in the beginning of the 20th century between Europe, Australia, the Netherlands East Indies and British India. Accidents, incidents and offences will also be included to illustrate life in this period, too.

The blog started in March 2018 with some information but will continue to grow. Further information will follow as soon I have gathered more historical evidence and have had the time to put it online. The project of this blog is purely private and non-commercial driven by interest in history, trade, geography, politics, society, travel and much more. All contributions are welcome and will help to get a better picture of the history of the steamer “Fürth” and her crew.

Most of the content will be in German as the city of Fürth (Northern Bavaria) is a German town; however, all quotations of non-German sources, mainly English, will be kept in the original language. Even if you don’t speak German, don’t hesitate to contact me. I’d be happy to get in touch with you.

* In English sources you’ll find in most cases the spelling “Furth”, sometimes “Fürth” or “Fuerth”.